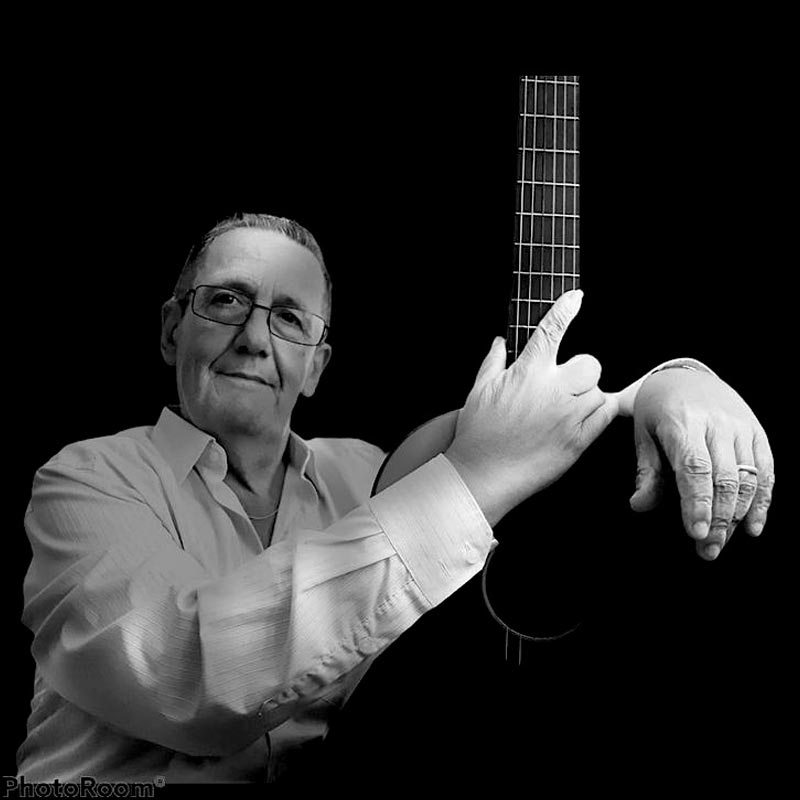 Judah Bensadon, classical guitarist (born 1955 in Gibraltar) Ass.London College of Music. He started taking guitar lessons at the age of 11, under the guidance of William Gomez M.B.E., disciple of Narciso Yepes. At the age of 13, Judah was already appearing on local radio and television shows and later on guitar recitals. For three consecutive years he has received the Young Musician of the Year award in the guitar section. Judah was also taught harmony and composition by Hector Cortes who prepared him for admission to the Robert Brightmore L.C.M. Once back in Gibraltar, William Gomez and Judah Bensadon formed the musical group VIBRATIONS, which has performed for over twenty-five years giving concerts in Scotland, Ireland and Spain. J.Bensadon plays on a guitar built by (Marcelo Barbero).